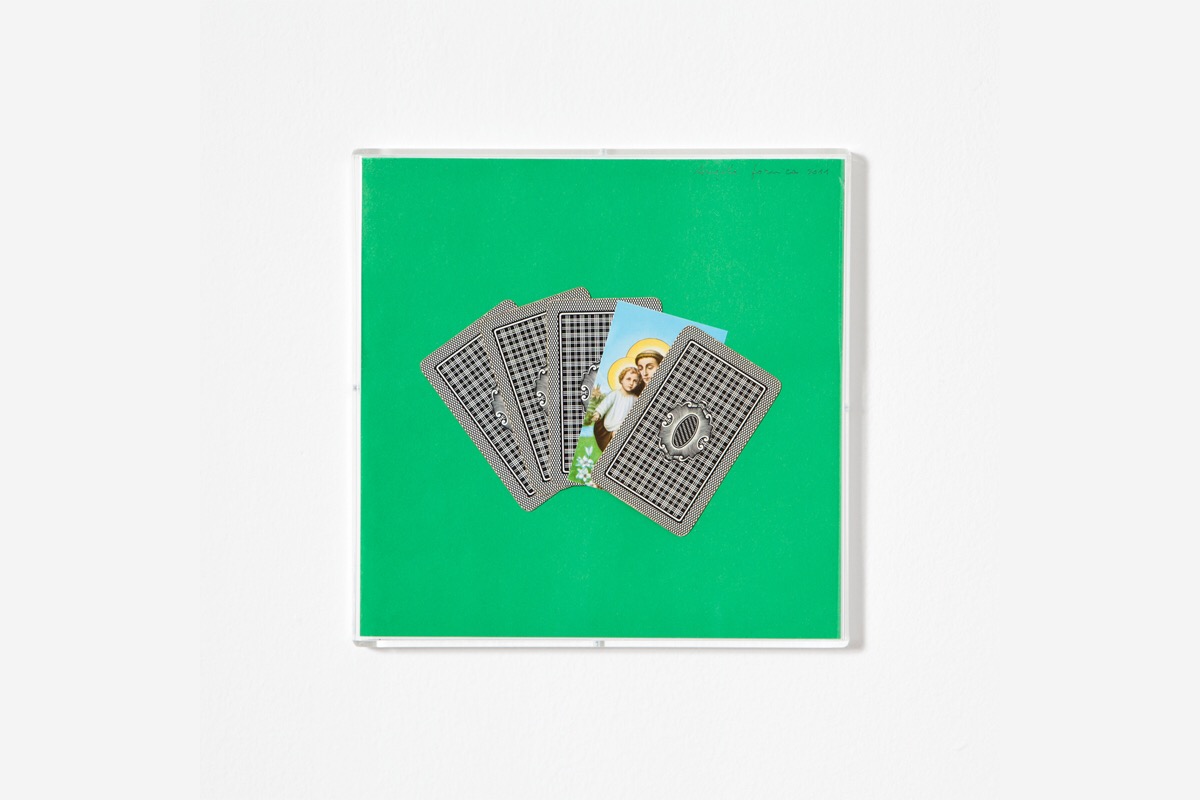 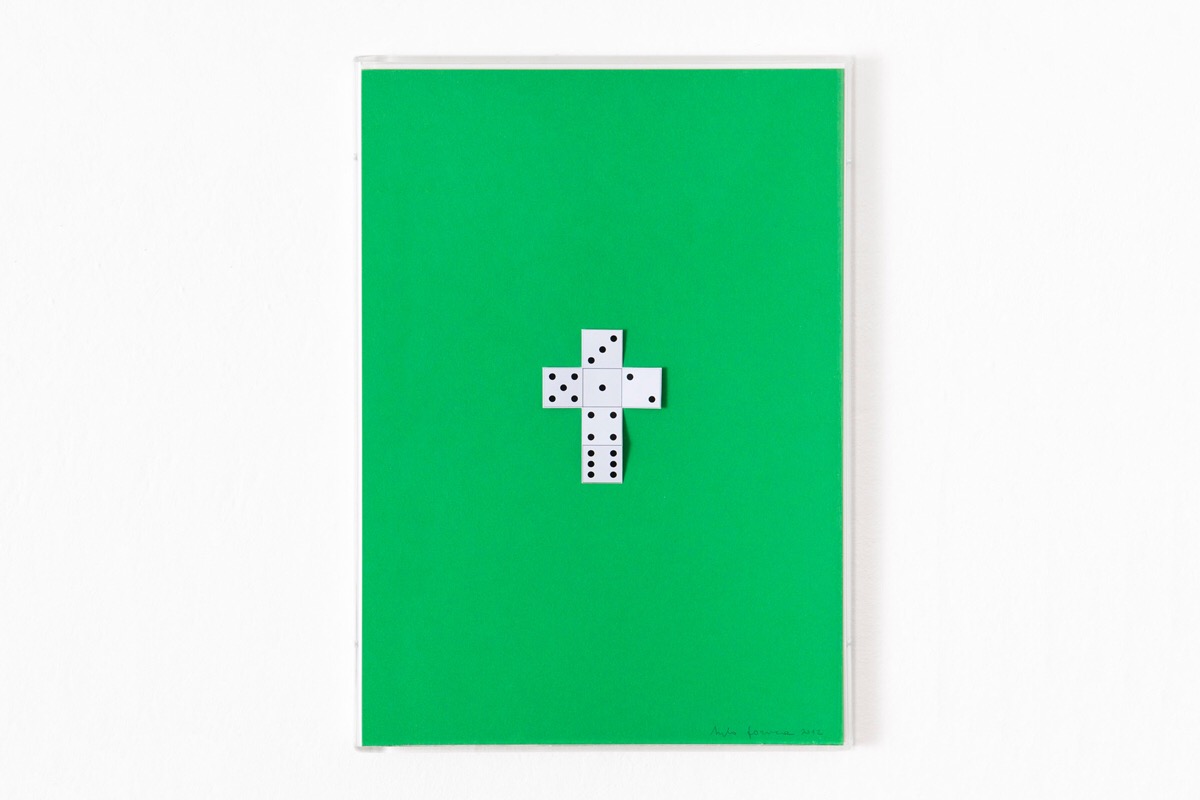 The dragon melts the bodies into sugar in a fight at 180 degrees with the holy pastry, saints in prayer and men on horseback, it is the armed period with swords and sticks, religious wars play poker as in a picture of George De La Tour. For Angelo Formica the image is a gift of time and the shell is the heart form, a marine spaceship where the angel replaces the shrimp. (Franco Toselli, 2013)

After the Mass there is lunch, after lunch there is the liquer, I buy a vocal, pastries and cards. This is repeated systematically, or who knows where to forget the memory.
It could be the protection of memory one of the levers for Angelo Formica’s collages, where elements are recognizable by everyone, who summon the senses and do not conceal themselves behind intricate intellectual artifices.
The play takes behind a constellation of rules, in embraces our need to count, and the numbers are reassuring, at least until the game is clear. But if in a different context the paper or the die meet other symptoms of the party, what destiny for their meanings?
Glue is a definite gesture, it is impossible to go back without damages, and it is a gesture that freezes, stops everything. Time, iconography, and the look. Yet these collages do not remain in immobility, but they seem to meet.
More contemplation that converge on the same approach, at the same time. More contemplation that hold each other together. All of the themes discussed are a sharing of sacred moments, hovering between recognized and latent sacralities, but equally solid. So many nutrients put together by the scissors, and when the lunch is over, the game begins. We are full of domestic dimension, surrounded by holy pictures and blasphemies. Saints on the walls, in the drawers or in the wallets, from there they are extrapolated and inevitably plated on Formica’s supports. Creamy, afflicted, described by a suggested or unmistakable identity, where their pain is renewed with gentleness. Their shape in cropped and pasted on background of other times, where something else moves, like insoluble bonds. Martyrs announcers of their own history try to make the solution: do not give any solution.
Playing, risking. Strategy, luck and color issues. Symbols from Courts and social classes know in history books, or from the realm of nature, and who know how to gather in our hands. Who knows how assembles in composition where pastime is law, conducted with hard work: playing. (Lucia Grassiccia, 2013) 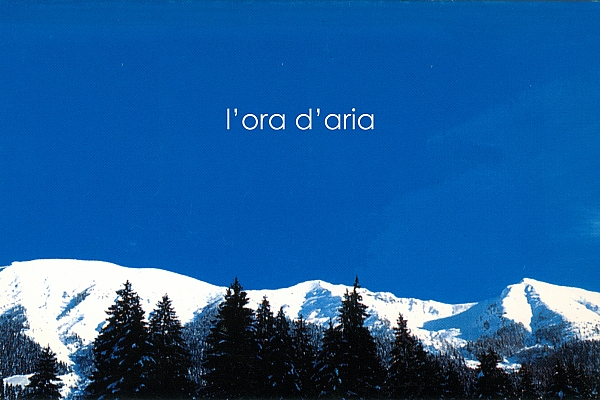